Clark Gables
Image of a Men

SU-O1 (Pics. Courtesy WS & The Schlesinger Library, Radcliffe Institute, Harvard University)
By centuries, novels, books, movies, soap operas has been selling the idea that men should be attractive, confident, commanding, intimidating and financially successful, a figure that can be in control of everything.

A sold image of real man

And the same time has to be tender, romantic, kind in the intimacy with women in all ages, all backgrounds and cultures.

In the other hand women with or without professional career, has been evolving as independent and succeeding in the world, but not in their expectations with men, because the old stereotype about how men should be, still is supported by the media.

Divorce the easy way out

In reality the male role in relationships has been in nebulous position since the last century; it doesn’t matter culture or nationality is an understatement that 90% of men hardly knows anymore what their part is in the marriage.

Overall divorce is for now a normal practice, as result of lack of commitment in both sides, the easy way to get out of the marriage as soon things become a little bit rough.

Researches can’t get a definitive percentage of this practice; however it has been publishing an increasing of a 41% since 1970’.
Correspondingly there is in the world a great amount of dysfunctional single people where statistics keeps growing, creating very dysfunctional societies, then the POWER COUPLES become a hidden treasure in a huge round world island of single lonely human beings that try to justify and filling loneliness lives,

with material stuff or with great variety collection of irresponsible sexual encounters with ugly physical, emotional and social consequences scatter them by acceptance of that promiscuity.

A symbol of commitment
in marriage

Values, standards and self-impose commitments are in the high rocket price to apply in the conquest to build a POWER COUPLE. As sample we can see the behavior of men and women who decide to stand for it and keep their relationship alive over the pressure of the routine, adjustment with their counterpart, in society, with friends and against other factors, those valiant men and women who are able to fight for it as the only way to become a POWER COUPLE as is in the MARRIAGE.

There are major Celebrities of all times, whose with their lives testimony has been setting the standards for the dynamic in their marriages to keeping them alive; with great adaptation and changes made mostly and credited to REAL MEN.

PAUL C. & JULIA CHILD
(Married from 1946 to 1994) they meet when both were working for the US government during the Second World War and got married on September 1946.

Paul Child an Important US
Diplomatic

As expected at that time she become the “wife” at home and Paul the provider, even though they were unable to have children, their loyalty to each other was strong enough to keep them together in good and in bad times.

A team work in progres

In 1961 when Paul was forced to resign his high diplomatic post, Julia was already a graduated from the French “Le Cordon Bleu” Cooking school, 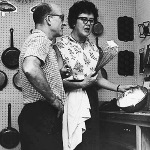 and has failed to publish her first book. Was then where the roles just change, Paul took the supporter role and devoted himself to his wife project.

He took pictures to illustrate her books, he apply his knowledge to negotiate with her, her contracts.

As team going on the same direction both become a POWER COUPLE, she was a famous celebrity in the TV networks and he was with her as guest in the show and co-producer of her success.

Paul Child knew how to change his position without losing his important contribution and value; he switch the role from provider to supporter and master his position in the relationship.

They never lost their passion and devotion for each other as they expressed openly.

Paul and Julia,  keep their vows to respect and care for each other, an enormous commitment and strong value to build a great POWER COUPLE, Their marriage last till they pass away. 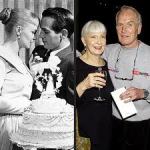 PAUL L. NEWMAN & JOANNE  WOODWARD (A marriage of 50 Years 1958 – 2008), Even though Paul had failed in his first marriage with Jackie Witte whom he had 3 children.
His second marriage was a lesson to be taught.

After his failure, he refuges with colleague actress Joanne Woodward and married her in 1958 the marriage last till he die and together they have another 3 children.

Build a family wasn’t an obstacle for the beautiful busy and famous pair, neither break the myth that Hollywood couples won’t survive if they work together.

“Mr. and Mrs. Bridge” (1990).  Furthermore Paul Newman step out the big screen, to let Joanne grow and shine for her filming career and be the starred in five successful films where they still work together.

Newman directed or produced and introducing his own heir in “Marigolds” featured their daughter. What’s more they jump together from the big screen to a television movie “The Glass Menagerie” and both appeared in the HBO miniseries “Empire Falls” it was the only one project they had no scenes together.

As life team partners, Paul had Joanne supports to pursue his personal interests; in politics when he stand up against Nixon and with Newman’s lover, the racetrack.

The Pilot & co-pilot
in Life

Joanne was witness of his passion as Pilot driver from the mid-1970s to the early 1990s, to degree that they were holding hands to receive a recognition for the 70 years old Paul Newman as the oldest driver to be part of a winner team in a major race in his class, during  the 1995, 24 Hours of Daytona.

Newman still a winner
in the race-track

Also with Joanne at his side Newman owned a NASCAR Winston Cup car.

In other achievements Newman & Woodward as POWER COUPLE did grow together without shade each other; they show how to share and celebrate their worldwide recognitions for their professional success in the harvest of their labor.

A winner in all means

Newman won as Best Actor and Director: the Academy Award from Academy of Motion Pictures Arts and Sciences, the Cannes Film Festival Award, the Golden Globe Award, BAFTA Award, Screen Actors Guild Award, Emmy Award, among others in Italy, Germany and Chile in Mar de Plata. Along with his race pilot career Newman was posthumously inducted into the SCCA Hall of Fame in Las Vegas, Nevada.

She’s 1st Star in all
A winner as well

By Newman side, Joanne Woodward won: an Oscar, 2 Emmys, she was named Best Actress at the Cannes Film Festival and was the first celebrity to agree to pose with her star for photographers and therefore was singled out in the collective public imagination as the first awardee in the Hollywood famous street.

A flexible way to be
living wiht integrity

They manage to keep their family matters in private and well care way.
But as couple Joanne leave the entire credit to Paul Newman as entrepreneur and visionary with a new philanthropic model that is inspiring other business “Newman’s Own”

A winner with a great heart

A food company and corporation where Newman’s received all of the profits from product sales and donated 100% of the proceeds, after taxes, to various educational and charitable organizations of his own selection. 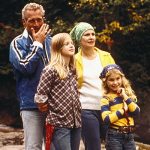 Paul Newman and Joan Woodward, without doubt set the healthy dynamic “take and give” for the famous and none spectacular couples. With their life testimony in a long lasting relationship, the natural way to jump and take the role in the game without been asked, just following their own values and faithfulness to themselves.
Moreover Paul Newman was well known for his devotion to his wife and family, he owns a profound content in a simple quotation, when asked once about infidelity, with a very straight honestly and self-respect he famously quipped…

“Why go out for a hamburger when you have steak at home?”

With that statement, Newman gave an amazing live lesson and he showed how his self-respect, integrity, flexibility and loyalty to his own decisions make him a very important player to win the best award ever in life as husband and father in front of the world as partner in the ultimate achievement in a POWER COUPLE a role made just for real winners in life.

This site uses Akismet to reduce spam. Learn how your comment data is processed.